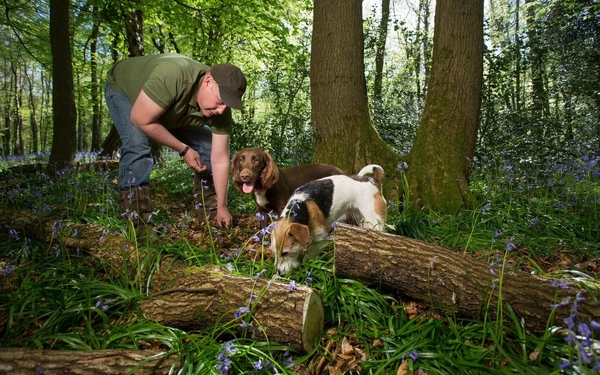 Britain's first crop of one of the world's most sought-after truffles has been successfully grown by a Welsh landowner who is now giving them away for free to local restaurants.

Matt Sims, with the help of his sprocker spaniel Bella, has now unearthed 25 of the valuabe Perigord truffles in his 11-acre plantation as a result of a 10-year project.

Until now UK devotees of the pungent black delicacy have had to source them from abroad, mainly southwestern France.

But Mr Sims, 49, says his groundbreaking success in the Monmouthshire countryside proves that, with the right skill, British soil can support Perigord growth.